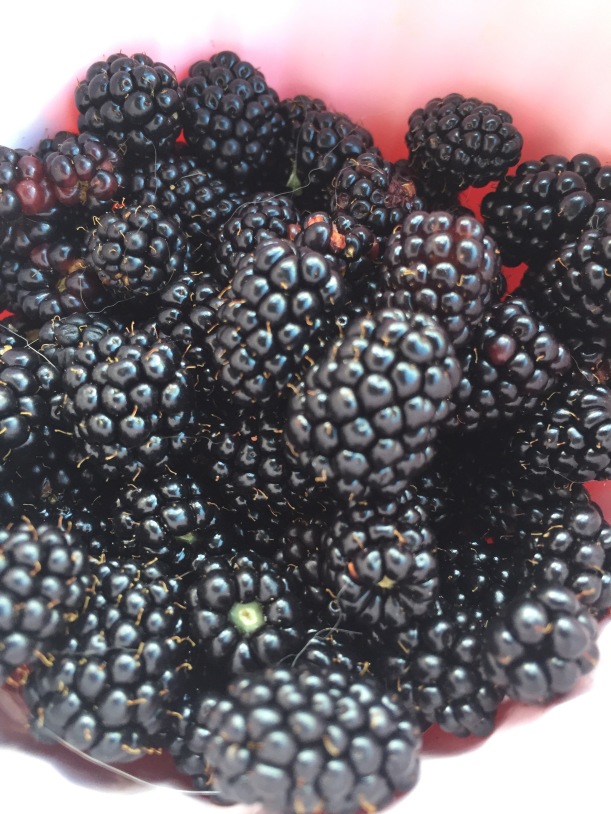 We spent the afternoon at the Dog Mountain Summer Party. There were 50+ dogs, and ripe blackberries all over the mountain.

Some background, Dog Mountain is the former home of Stephen Huneck, an artist that did woodblock prints and sculptures with dog themes. His black Labrador retriever, Sally, featured prominently in his work. He bought land in St Johnsbury Vermont, built studios and a home. He built a dog chapel and designated the land as an off leash dog park. Dog Mountain is pretty darn awesome.

We took the dogs for a long walk around the mountain and found hundreds of blackberry bushes with beautiful, plump, ripe berries. What is a locavore to do? Pick berries into any available container and make blackberry financiers! 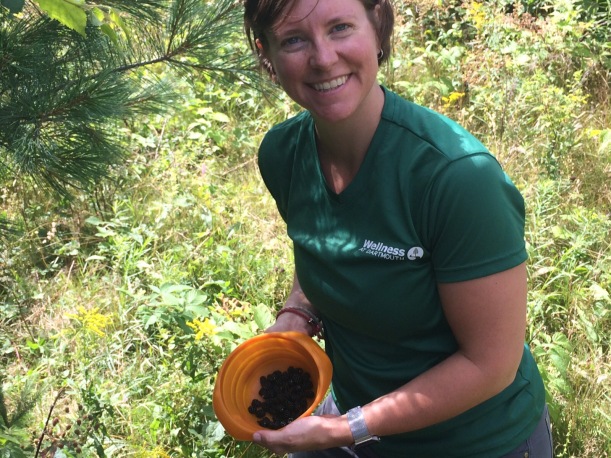 6 ounce blackberries (or raspberries or blueberries

1. Position the oven rack in the center of the oven and preheat the oven
to 400 degrees. Butter a 12 cup muffin tin. (I use mini muffins instead.)

2.
In a skillet, heat the butter until it begins to sizzle. Continue to cook  over low heat until the edges begin to darken and the butter gives off a  nutty aroma. Remove from the heat.

3.
In a food processor, grind the almonds with the granulated and
powdered sugars, the flour and salt. While the processor is running, gradually pour in the egg whites and add the almond extract. Stop the  machine, and add the warm butter, pulsing as you pour until the batter  is just mixed.

4. Divide the batter evenly among the buttered muffin cups and poke 3
or 4 berries into each cake. Bake for 18 minutes, (14 minutes for mini muffins) until puffy and deep
golden brown. Let stand a few minutes then remove them from the
pan and cool on a rack.