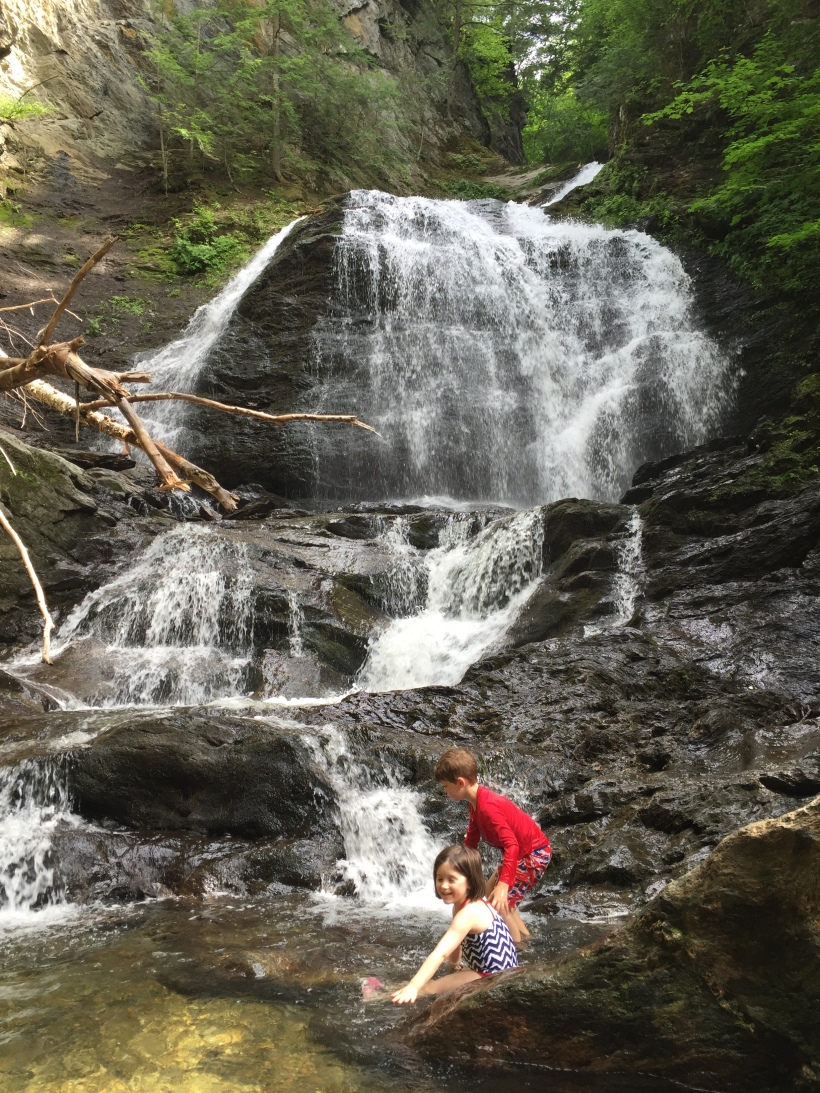 There are two waterfalls in Vermont named “Moss Glen.” This is the one in Stowe. It’s better than the one in Granville.

Effort: Minimal. There is one steep embankment to go to the top of the falls, but numerous ways to enjoy the falls without climbing up. The hike is pretty flat, but overall, you have to climb up to see the falls-A shaped.

Reward: Meh. The falls were lovely, but there were a lot of other people there. Finding parking was difficult. Plus, it’s the touristy area of Stowe, VT and we were there on a weekend. Maybe it is nicer on a weekday with fewer tourists. Note that I didn’t count us as tourists because we’re from neighboring New Hampshire. We have a bistate agreement between Vermont and New Hampshire not to call each other “Tourists.” Since the water levels were low, many pools had standing water resulting in pesky mosquitos.

Fun: Meh. The pools were never deep enough for an adult to swim, and with the volume of foot traffic, there were muddy spots on the trails and few places to sit and enjoy the falls in peace.

Pidi and Daisy’s Evaluation: There were a TON of other dogs, but they were all on leashes, so we seemed to be naughty dogs running loose. We just tried to have some fun, but their owners wouldn’t let them play with us. There were also lots of small kids that didn’t like dogs either.

One thought on “Moss Glen Falls in Stowe, VT”